Edge as a Service
3-minute read 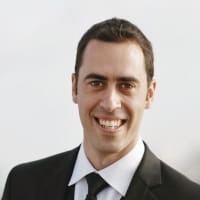 As the universe of connected devices known as the Internet of Things (IoT) grows, so too does the range of ways in which organizations in any industry can benefit from it.

Asset tracking is one of the most obvious business functions that can be improved through IoT.

On construction sites, for example, much time is wasted on finding specific machinery, as things are stolen or misplaced. In the healthcare industry, nurses spend an enormous amount of time searching for equipment.

Using cheap sensors, we can now show each asset on a map, in real time. This saves time, avoids confusion and improves the way we work – especially for operational employees and those on the frontlines.

In both these examples, IoT comes with a platform that aggregates the data, but location accuracy is what’s crucial to the mapping process.

For example, a construction worker might be interested in knowing only whether a machine left a geofenced area, but healthcare workers need much more precise locations in potentially life-or-death situations.

The type of asset you're tracking and how narrowly you need to define its location also have implications for the network.

A low-power wide area network often gives you high-level triangulation. In the construction-site example, it might be sufficient to specify the location of a construction vehicle down to a few meters.

But when you need super-accuracy, in centimeters or millimeters, you need ultra-wideband. Apple’s AirTag, for example, can help us find the exact location of our lost keys. New York City’s implementation of ultra-wideband enables the Metropolitan Transportation Authority to track and guide the movement of subway cars.

The level of location accuracy you need also influences the cost.

Reinventing the retail industry through IoT

There are also many tracking applications for IoT in the retail industry. For example, real-time heat maps can show how often specific parts of a store are being used: where do customers show more interest or linger for a while?

Wi-Fi sniffing can be used to determine our location based on the Wi-Fi signal from our smartphones. It is a great way to know who's where, but it can present a privacy challenge.

In 2010, a class-action lawsuit against Google was brought about by 37 states and the District of Columbia in the US. The ‘Street View mapping’ case arose because, among other things, Google was using special vehicles (Street View cars) to take photos of houses and offices. Google used Wi-Fi sniffing to triangulate the location of these vehicles, but its data gathering also scooped up some computer users’ personal information the way.

In that case, the US court that heard the concerns sounded a warning about such privacy issues but issued a relatively low fine to Google. That showed that the judiciary system didn’t see Wi-Fi sniffing as wiretapping, which is a federal crime in the US. If it had been equated to wiretapping, then many of today’s IoT use cases may not have existed.

The Google ruling demonstrated a permissive take on the legality of intercepting unencrypted Wi-Fi communications under federal law, supporting the use of such heat-map applications not only in retail, but also in industries such as advertising.

Thanks to IoT, we no longer need to keep manual logs of where equipment is located, or employ people to count customers or visitors when they could be spending time on more valuable work. Data that used to be difficult to gather can now be logged much more easily and affordably.

When using these technologies, however, it’s critical that we don’t infringe on the privacy of the people represented in the data – for example, by identifying them.

As you scale your IoT deployment, make sure you’re paying as much attention to these issues as you are to the technology. NTT has all the IoT expertise you need in this regard. From asset tracking to remote monitoring, we already link millions of sensors and devices to the cloud.

Read more about NTT and IoT connectivity and our IoT Services for Sustainability.