Edge as a Service
6-minute read

NTT and VMware create the ultimate in edge applications 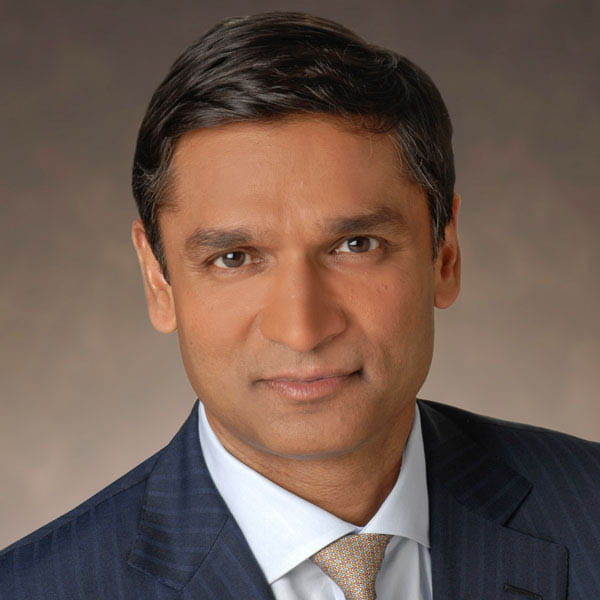 We catch up with Shahid Ahmed, Group Executive Vice President for New Ventures and Innovation at NTT, to talk about NTT’s partnership with VMware and how it supports our Edge as a Service and Private 5G products.

This is Part One of an interview by Simon Sanders. Read Part Two: Edge, IoT & private 5G: NTT goes full-stack with Edge as a Service.

How is NTT working with VMware to bring edge and private 5G to market?

Well, let me start by saying that, from an NTT perspective, Edge as a Service is really addressing a shift in demand in the IT market. It’s moving from this idea of a big cloud – the public cloud that we're all used to – to more of an edge cloud, one that’s closer to where employees, customers, devices and machines all work together in harmony.

So, it’s moving it all locally to where much of the processing can take place. It’s about reducing latency, right?

Yes, that's right. Now, in the past four or five years, organizations have said, ‘Hey, let's move our IT applications away from our facilities to the public cloud’ – and that shift has happened. By and large, most companies have made that transition, mainly because it's easier to manage applications in the cloud than on your premises and inside your facilities.

However, because of that transition, many organizations have recognized that, well, some things ought to be closer to the action. Now we're seeing that pendulum shift slowly. Not everything is moving from the big public cloud to the edge private cloud, but some mission-critical applications are. Organizations are saying, ‘Oh, you know what? We shouldn't have ever moved that to the big cloud. We should have kept it here.’ They’re now experiencing pain points that they never did in the past.

What type of applications are we talking about?

Often, these are mission-critical applications such as those you’d normally find in a hospital. You cannot have a heart-monitoring system or a CT-scan system in a public cloud.

Is that because you can’t do it or because it doesn’t feel right to do it?

There are two big drivers for having that CT-scan software in the same room – or close by, and not simply just in the same hospital.

First, the data has to be stored and managed locally, right? As a patient, I wouldn't want all the nuances of my full heart scan to go anywhere other than to that machine itself, where I can get a copy on disk at the end. And there are Health Insurance Portability and Accountability Act (HIPAA) compliance rules governing that, at least in the US, meaning the data needs to stay where the scan took place.

The second driver is performance. Each CT scan is close to a terabyte (TB) of data. You can't have that go to the public cloud (where a TB of storage is very, very expensive). You want that data to be local for performance reasons and not rendered anywhere else.

The reason I use this example is that much of this must also be virtualized. That's where VMware comes into play. You need a virtual machine for that CT scan that took place in a particular room in the hospital. But there may be several CT-scan rooms in that hospital. So, rather than four servers for four rooms, you just have four virtualized servers. I’m oversimplifying the actual architecture involved, but that's the power of VMware. It allows us to do these things in a virtual setting.

So, that’s where the partnership between NTT and VMware comes in?

Yes, that is exactly where VMware will help us: with our Edge as a Service capabilities that we take to our clients. And really, private 5G is the ultimate edge application. It’s not only local and private, but it’s also serving and supporting a bunch of edge devices that are more likely to have wired connections than be connected over Wi-Fi. But even that wired connection doesn't provide the same level of latency that a private 5G network would provide.

Yes. Let me give another example. Dua Lipa and Elton John staged a virtual concert during COVID-19 while they were in different cities. All their amplifiers and other audio equipment used wired connections – and there was still a lag between her singing, the music Elton John was playing and the visuals. It wasn't perfect. So, they put in a 5G network to support it all, and they eliminated all that latency. Everything was in perfect harmony. They broadcast it as a live stream, and it was as if they were performing together. That’s a powerful thing.