Network as a Service
3 minute read

Network overlay and connectivity in the multicloud space 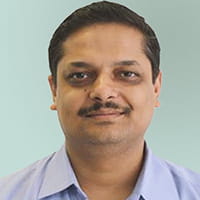 With multicloud architectures ruling the enterprise IT space, networking needs to evolve too. Here’s how network overlay can prove to be a game changer by providing agility required for multicloud environments.

Although not a recent concept, network overlays have been garnering a lot of attention in the last few years with virtualization and cloud computing coming into the picture. This is because overlay networking plays a great role in helping organizations realize the key benefits of these technologies—speed, flexibility and reduced cost. Now, as the multicloud environment continues to become the new normal in enterprises, discussions around overlay network are gaining further steam.

In the context of multicloud, overlays can prove to be a game changer in connecting cloud environments across the service providers together. Network overlay also addresses the issue of security and isolation associated with the multiple cloud environment. With overlays, network services become like applications which can be rapidly developed, deployed and modified to serve customers anywhere.

Here’s how an overlay network-based approach enables enterprises to maximize the business value of the multicloud environment:

Flexibility: When deploying or updating services and apps in multicloud, network administrators need to configure the network. With network overlays, virtualization takes place at the network edge, whereas the remainder of the L2/L3 network remains unchanged. This removes the dependence on underlying infrastructure configuration. Endpoints are assigned to a virtual network via a Virtual Network ID, corresponding to that virtual network irrespective of their location on the underlying physical IP network. Thus, the virtual networks in multicloud architecture operate, as long as IP connectivity is available without the need for any configuration change. Also, network overlays typically provide a 24-bit virtual network interface (VNI) that supports as many as 16 million virtual networks as compared to support provided for only 4,096 isolated networks with VLANs.

Cohesive deployment: Both physical servers and appliances (firewalls, load balancers, etc.,) can be added to the overlay with a physical switch that acts as a tunnel endpoint. This lays the foundation of consistent deployment in a mixed workload environment typical to multicloud environments.

Configuration: Integration and unified management of multiple clouds and data, applications and containers running on them is far more complex than managing a single cloud. In this context, overlay networks greatly simplify the configuration and weave together the multicloud environment. As virtual networks in overlay networking ride on top of the underlying IP networks, it looks the same to the application despite the difference in underlying network technology.

Accelerate migration: In a multicloud environment, migration is a complex process as it can be across different cloud platforms or infrastructure (public, private, virtual private). As network overlays eliminate network configurations constraints, they accelerate continuous deployment of dynamic applications. An overlay-based networking approach securely serves the data communication needs of any application, enabling efficient migration across any cloud.

As more and more enterprises continue to adopt multicloud to access benefits such as greater agility, improved time to market, and reduced costs, network overlays will emerge as the de-facto standard to fulfil on multicloud’s promise. Choosing a service provider that takes a vendor agnostic approach to the multicloud environment, and has significant experience to provide support for multiple overlay technologies and SDN controllers, can help enterprises ensure greater network robustness.