Will sustainability be the new benchmark for data centers in 2021? 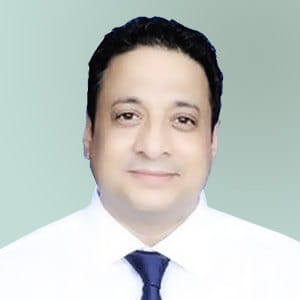 With a focus on reducing their carbon footprint, data centers are expected to take a lead in inspiring other sectors for undertaking sustainability initiatives

As the world goes digital in a big way and more data centers are being built to cater to this huge demand, power consumption is going up too. And, despite advances made in raising energy efficiencies, energy related costs are also going up. Gartner estimates that ongoing power costs are increasing at least 10% per year due to cost per kilowatt-hour (kwh) increases and underlying demand. Typically, Gartner estimates that 10% of data center OPEX is power, and this number will only increase. The European Union believes that digital industries account for 5 to 9% of the world's electricity use.

Data center players hence are naturally inclined to save energy and are adopting a host of energy-saving techniques to improve their energy efficiency. In a detailed report on energy efficiencies, appropriately titled ‘Beyond PUE: Tackling IT’s wasted terawatts’, the Uptime Institute’s analysis why IT has to look at replacing old IT infrastructure. In a study of 300 data centers, ageing IT kit (older than five years) accounted for 66% of IT energy use but contributed just 7% of the compute capacity. The Uptime Institute says that energy-saving opportunities on the IT side are so great that if fully addressed, they would significantly reduce data center energy use and carbon footprint. This would slash energy bills and would likely lead to reduced demand for cooling and critical power equipment.

Many data center players have realized this critical point and are actively taking steps to replace old IT infrastructure with much more energy efficient IT infrastructure. Many data center players have also taken steps to implement some basic steps such as separating hot and cold air, or using energy-efficient technologies to improve energy efficiencies and reduce waste. Other methods include decommissioning inactive servers or consolidating servers. This is important as every energy unit saved can directly lead to improved profitability.

From Amazon to Google to Microsoft, all the leading hyperscale data center players have relentlessly pursued practices to squeeze out energy savings from their data centers. For example, Google's data center is almost twice as efficient as a typical enterprise data center. For the same electrical power, Google can deliver approximately seven times the computing power than it could do five years ago. Google also recently announced that it has made 18 new energy deals that will together result in 1,600 MW of power generated from renewable sources. The biggest player in the cloud space, Amazon Web Services, has announced its plans to power all Amazon servers with 100% renewable energy, and has constructed several solar and wind farms. Its founder, Jeff Bezos announced that he has created the Bezos Earth Fund, with an initial commitment of USD 10 billion. Similarly, Microsoft's current data centers run on 60% renewable electricity, and the company plans to take this to 70% renewable energy by 2023. In India, players like NTT continue to invest in renewable sources of energy including wind and solar power plants. Last year, it partnered with Tata Power to build its first 50 MW solar power project in Solapur, Maharashtra.

In 2021, expect sustainability to be a big trend. Worldwide, there’s already a huge demand for sustainable practices. For example, by 2025, 90% of G2000 companies will mandate reusable materials in IT hardware supply chains, carbon neutrality targets for providers' facilities, and lower energy use as prerequisites for doing business. Data center firms are leading this practice, by driving sustainable practices. But there’s a big opportunity do more. Besides refreshing servers, server utilization can also be improved by utilizing analytics and performance management tools.

In 2021, AI’s role in ensuring sustainability metrics can't be underestimated. A major percentage of savings in power of a data center depends on the cooling system. This is a complex activity, as cooling energy optimization involves multiple components such as a ventilation system, cooling tower, chillers etc. A cooling system typically adjusts different temperature control variables to meet desired set values. In different environmental conditions and in different settings (depending on the hardware and applications being used), the temperature control variables change dynamically. For example, most data center cooling systems are based on peak values. This typically causes excessive cooling which leads to not only high power costs, but also a huge waste of energy. Typically, human-based interventions and other traditional approaches have proved to be inadequate. An AI-based system is more beneficial in cases like these, as it doesn’t assume a specific condition or a set of conditions. The AI system learns and relearns from the massive data collected from a huge number of sensors on energy consumption. The AI system then creates an algorithm or a model that looks to optimize the most efficient usage of energy. AI will be a default choice of technology in many data centers.

When you correlate the increasing demands for sustainable growth practices coupled with the rising demand for data centers, the future looks promising from an energy efficiency point of view. Data centers will lead many landmark energy initiatives and will be the catalyst for inspiring other sectors for taking initiatives to reduce their overall carbon footprint. 2021 may well be a landmark year for sustainability, as the industry looks forward to more innovation in energy-saving technologies.