Edge as a Service
5-minute read

How predictive analytics is supercharging the INDYCAR fan experience 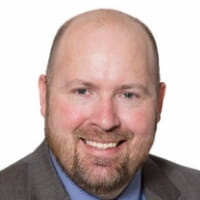 The world of motorsport has always been a hotbed of advanced technology, from the construction of the cars themselves to the systems that power them. Did you know that the technology used to construct the seats, belts and harnesses in an Indy race car is also used by NASA and the US Air Force? And that the twin-turbocharged fuel formula driving these engines is similar to the cleaner-burning, ethanol-based fuels powering cars and trucks around the world?

But what about technology that tracks the vehicle’s performance while racing – sometimes at speeds of up to 240 miles per hour – to make the motor sports experience even more exhilarating for fans?

The NTT INDYCAR SERIES is one of the most competitive racing events in the world, with followers around the globe. Penske Entertainment and INDYCAR wanted to give fans an experience through data that’s every bit as exciting as the technology behind the race cars themselves.

Thanks to modern data analytics technology, the organizers can now bring the high-octane spectacle of motor racing closer than ever before to audiences.

In addition to generating new and dynamic experiences for viewers, the technology also helps organizers and teams to make the most of the data that was already being generated.

As part of our partnership with the Indianapolis Motor Speedway, we’re using the underlying power of our smart platform and the capabilities of sensors, cameras and networks to enhance the trackside experience. With predictive analytics, the race organizers can monitor queues at entry gates, crowd levels in critical areas or even the waiting time at concession stands.

An INDYCAR race car has onboard sensors with hundreds of touchpoints that generate real-time insights throughout the race. For example, as the car and driver dash along at breakneck speeds, streaming data combined with real-time analysis can predict the difference between winning and losing with a high degree of accuracy. The volume and velocity of that data can create a digital experience that’s just as dazzling as the on-track action, giving fans an opportunity to test their own predictions against those of the complex computer models.

In addition to the real-time data, data sets such as weather conditions and competitor gaps are also captured. This enables predictive analysis that can be used by engineers and crew members. For example, the wind speed on the track affects fuel efficiency. From this data, track position and competitor time gaps can be used to forecast the optimum lap for a pitstop.

The number of pitstops to make is also determined by data. Beyond predicting the optimum lap for a pit stop, pit-crew performance is similarly optimized through predictive analysis.

Integrating this information with historical and other real-time data sources, sports commentators can use predictive analytics to spot patterns and derive important insights as they preview, analyze and dissect the live action. This gives fans an up-close perspective of what’s happening in the pits and on the track, and adds a new dimension of excitement to this supercharged sporting event.

Read more about the NTT and INDYCAR partnership.

Nathan Pickard is Chief Solution Architect for IoT at NTT.