How cloud-based security can be used for tackling DDoS attacks 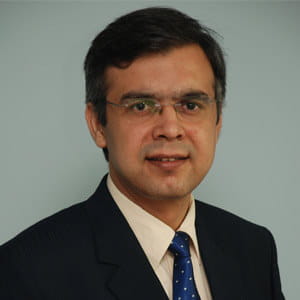 In May 2021, press reports said that many government websites in Belgium were taken offline as the country’s ISP, Belnet, was hit by a massive DDoS attack. The DDoS attack impacted more than 200 institutions, and the websites of many government institutions were deemed inaccessible due to the attack. In March 2021, Akamai reported that a European gambling company was bombarded with junk traffic that was peaking at a massive 800 GB per second. Clearly, with the increase in interest in online mediums, the level of attacks against enterprises has gone up exponentially. Recently, security firm Netscout released a report which revealed that 2020 was the first year where the number of DDoS attacks passed 10 million.

For those who are unaware, a Denial of Service (DDoS) attack is an attempt to impact the availability of a system or a website to end users. This is typically done by flooding the target website or system with large volumes or packets of data. The target website or system gets overwhelmed in handling the huge volumes of requests, and is forced to be offline to mitigate the attack. DDoS attacks can be infrastructure layer attacks (typically large in volume and designed to overload or flood the network) or application layer attacks (focused on certain parts of the application, such as a login page. Typically, a large volume of HTTP requests is directed towards a particular page or part of an application, making it inaccessible).

Every DDoS attack has the capability to cause immense damage from a financial as well as brand perspective. In many cases, DDoS attacks are also used as a decoy to deviate the IT team’s attention, and then use the opportunity to breach the company’s perimeter using malware attacks or by intruding the network. In the face of a DDoS attack, the customers of the company would also not be able to use the company’s services and products, thus causing serious revenue losses.


The importance of cloud-based security

With the increased complexity and scale of attacks, it’s becoming increasingly difficult for any organization to handle a targeted DDoS attack. Organizations could therefore decide to partner with a managed security service provider, and take a pay-per-use DDoS mitigation service.

Some of the key benefits of using cloud-based security solutions for mitigating DDoS attacks include: