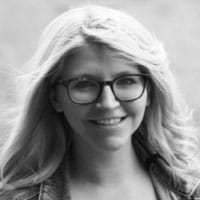 Five majestic species of rhino are left in the world: the black and white rhino in Africa, and the Javan, Sumatran and greater one-horned Indian rhino. They’re all facing extinction as their numbers continue to decline. South Africa is home to almost 80% of the world’s rhinos, but it is also a hotspot for rhino poaching. The misconception that rhino horns have medicinal properties is the main reason they are in demand. Recent statistics show that 11,000 rhinos have been poached in South Africa since 2008.

With fewer than 6,200 black rhinos left in Africa, this majestic species could go extinct in the next five years if poaching continues at this rate.

But a cross-sector team that included the Connected Conservation Foundation in Kenya, NTT, Dimension Data and Cisco addressed this challenge by scaling up technology solutions and mobilizing conservation resources. We empowered rhino conservationists with tools for conservation management and the protection of this incredible species.

Here are five ways we worked together to help save rhinos:

We helped to safeguard five million hectares of wild ecosystems that are home to the black and white rhino. We installed reserve area networks across the Sabi Sand Nature Reserve, the Lewa Wildlife Conservancy, the Great Fish River Nature Reserve and six new conservancies in the Northern Rangelands Trust. This infrastructure connected thermal long-range cameras and low-power, wide-area network (LoRaWAN) sensors. The intelligence from these devices was fed to a central operations room to track the movement of people across the reserve in real time.

This early-warning information dramatically helped teams to protect the rhinos from poachers. In the first two years of deployment, this technology, coupled with conservation management at Sabi Sand, achieved a 96% reduction in poaching.

In 2022 alone, 12 poaching incursions into Sabi Sand were thwarted with the help of the Connected Conservation Foundation. If each incursion potentially equals a rhino death, that means at least 12 rhinos have been saved from harm.

In Madikwe Game Reserve, a key target for rhino poaching, the nonprofit Madikwe Futures Company was equipped with long-range thermal cameras to monitor boundary and fence lines close to poaching routes. Since the deployment of this technology, all poachers passing by the thermal cameras have been spotted and stopped in their tracks.

These images also helped Madikwe and Sera Wildlife Conservancy to plan where they should deploy security teams and antipoaching technologies to protect weak spots against poachers. Sadly, at Madikwe, this imagery has also detected deceased rhinos. As distressing as this was, the information assisted conservation efforts by allowing the team to investigate these deaths.

Dimension Data Kenya helped install and connect these live streams to provide real-time video footage of visiting rhinos at water holes in Sera Wildlife Conservancy. This enabled the trust to make quicker observations about the rhinos’ health and weight, and informed their decision-making on the provision of food and water during challenging times such as droughts.

Thanks to successful wildlife conservation by the Sera community, the conservancy’s population of black rhinos is recovering. In 2015, 10 rhinos were reintroduced, and within six years, the number doubled. The determined efforts of the community, the rangers and their partners, have resulted in no recent reports of poaching.

Together with the Northern Rangelands Trust, collaborators were completing a formidable new project: the largest LoRaWAN and reserve area network deployment to date in conservation. Real-time sensors and infrastructure were enabling the collaboration of six community-led conservancies in northern Kenya: the Lewa, Borana, Loisaba, Ol Jogi and Sera conservancies and the Northern Rangelands Trust.

This program allowed multiple stakeholders to collaborate on cross-conservancy decision-making, bringing accountability and transparency across neighboring landscapes on conservation activities. The technology also helped community-led groups share information and showcase the benefits of wildlife conservation, improving the flow of information for community engagement in rhino conservation.

5. Empowering rangers with trackers and communication devices to keep them safe

Rangers play a critical role in protecting our natural heritage but often work in challenging conditions without the resources and support they need. Only 43% of rangers worldwide have access to a communications device on patrol.

Thanks to NTT and Cisco, more than 100 rangers across partner conservancies were equipped with connectivity and communication devices. They are now always in touch with their control room, so they can ask for help and sound warnings when rhinos or rangers are potentially in danger.

How you can support collaborative rhino conservation

Together, we’ve been delivering large-scale technology projects for protected areas since 2015. We have aggregated the best tools from partners including Cisco and the Airbus Foundation across nine protected areas in Kenya, Zambia and South Africa. Please donate today to stop poaching, reduce human-wildlife conflict and help restore and rewild healthy habitats for rhinos.

Emma Oldham is Communications and Fundraising Manager at the Connected Conservation Foundation.