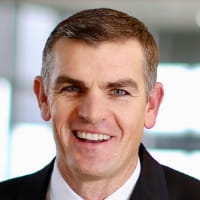 South Africa, Kenya and Nigeria are at the forefront of a digital revolution. Amid a rise in connectivity and digital capability, the African continent is shifting economic gears through the intelligent use of technology. This growth is reflected in ongoing investment by international market leaders, including the launch of an NTT data center in Johannesburg.

Data centers are central to enabling this growth. They provide the stable foundations required to drive the delivery of data services on the continent.

Around the world, data centers have thrived as organizations digitalize, eliminate their on-site infrastructure and invest in hybrid, public and private cloud infrastructure. This allows them to focus on their core businesses, enable a more agile hybrid-working environment and adapt more effectively to change.

In 2019, only 28% of the population of Africa had access to the internet, according to International Telecommunication Union research. The continent had 34 mobile broadband subscriptions per 100 inhabitants compared with 97 in Europe and 104 in the Americas. It also lagged significantly in terms of international bandwidth usage per internet user.

The 2021 figures show that there has been measurable growth relative to the rest of the world: internet use in Africa was up by close on 18% (from 28% to 33%). Yet, the continent remains a hugely underserved market when it comes to internet connectivity and hyperscale-ready tier 3 data centers.

With the population of Africa expected to double by 2050 and again by the end of the century, and the internet driving economic growth and digitalization, there’s a growing need to host enormous volumes of data.

And while Africa typically lags four to seven years behind developed-world economies, the explosion in the number of data centers is now hitting the continent’s shores. There has never been a better time to provide organizations and countries with access to the speed, storage and scale that these centers deliver.

Although hyperscalers are often primary data center tenants, much of the growth comes from other organizations that can't keep up with the demands of digitalization. They need an affordable, scalable and secure environment that can fulfil their data needs and tick the boxes of compliance and regulatory adherence – some applications need high network performance to run effectively, so location and data sovereignty legislation are important factors.

Data center tenants are like retailers – they’re not in the property game, and they do not specialize in building and operating shopping centers. They just take up space in them while the property companies take care of the infrastructure and associated services. Similarly, running a data center is a specialist remit that requires hands-on expertise to manage multiple aspects and complexities unique to the operating environment, such as loadshedding in South Africa and the high cost of establishing a data center.

It costs roughly USD 10 million per megawatt (MW) to build a hyperscale-ready data center, while building a 10 MW facility would cost about USD 100 million. It makes sense for an organization to rent the space rather than take on the monumental task of building and managing its own data center.

We know that our clients are dealing with an explosion of data and that their use of the cloud is growing as they simplify their platforms and as more of their employees work from home. They need to host their digital assets somewhere while they focus on their core business operations.

This is one of the important building blocks of our value proposition. We offer the connectivity that organizations need to become digitally enabled, with private 5G, cloud, managed services and security all housed in a secure environment.

Our first foray into South Africa – and NTT’s first such facility in Africa – is the Johannesburg 1 Data Center. It’s a 12MW, 6,000m2, tier 3 facility. A hyperscaler has already signed up and there is plenty of interest from both multinational and local organizations.

We’re excited to make the most of the opportunities presented by the data explosion in Africa. Get in touch to speak to an expert about our data centers and discover how we can help drive your organization forward.

Read more about the Johannesburg 1 Data Center, including data sheets and brochures.